Rainbow paint-balls are a mix of many different brands that Draxxus makes. You will receive a rainbow of different colors.

RAINBOW PAINTBALLS  are a mix of many different brands that Draxxus makes. You will receive a rainbow of different colors.

Paintball is a game developed in the 1980s in which players eliminate opponents from play by hitting them with dye-filled, breakable, oil and gelatin paintballs, or pellets, usually shot from a carbon dioxide or compressed air (Nitrogen) powered “paintball marker”. The game is regularly played at a sporting level with organized competition involving major tournaments, professional teams, and players. Paintball technology is also used by military forces, law enforcement, para-military and security organizations to supplement military training, as well as playing a role in riot response, and non-lethal suppression of dangerous suspects.

Games can be played on indoor or outdoor fields of varying sizes. A game field is scattered with natural or artificial terrain, which players use for tactical cover. Game types in paintball vary, but can include capture the flag, elimination, ammunition limits, defending or attacking a particular point or area, or capturing objects of interest hidden in the playing area. Depending on the variant played, games can last from seconds to hours, or even days in scenario play.

The legality of paintball varies among countries and regions. In most areas where regulated play is offered, players are required to wear protective masks, and game rules are strictly enforced. 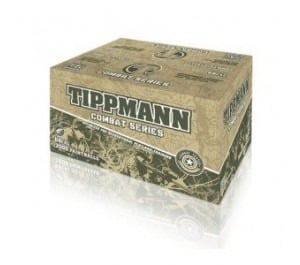